Now that fall is in full swing, many teens have flown the coop in pursuit of what will hopefully be some of the best four (or five) years of their lives.  While the idea of college for many young adults includes newfound freedom, football games, frat parties, (and oh yeah, those pesky classes), many teens have yet to discover the reality of the stress that comes along with it.

While the aforementioned is part of the college experience for many, it also comes with less structure, a demanding workload, and comparison to peers.  Because of this, college can often be a perfect breeding ground for mental health issues. According to the American Psychological Association, “Over one-third of first-year college students are impacted.” Mental health issues can take many forms, but they most commonly include depression, anxiety, eating disorders, and addiction. It is important to recognize the risks and warning signs, and familiarize yourself with the resources available before it’s too late.

Many new college students have moved away from home for the very first time in their lives. Missing friends and family back home, late nights studying, and adjusting to a new lifestyle can be challenging and stressful. So how can students tell the difference between typical college stress, or something more serious? Recognizing signs of depression can be tricky. It is common to have days where you feel “off” or overwhelmed with life. However, when these days occur more frequently, and daily tasks or even getting out of bed becomes a struggle, this is cause for concern. Here are a few signs that might indicate depression is present:

It goes without saying that college isn’t exactly a breeze. Whether it be meeting new people or realizing that classes are probably going to be tougher than they were in high school, many students will notice themselves experiencing some sort of anxiety. It is important to note that a certain amount of anxiety is acceptable, and can even be helpful. If you weren’t at least a little anxious about your anatomy final, you wouldn’t feel the need to pull an all-nighter studying. However, it is important to recognize when the appropriate amount of anxiety is escalating into something more harmful. While every person experiences anxiety in their own way, here are some general symptoms that might indicate help is needed:

There is no doubt college life is hectic. Due to this it can be easy to skip the occasional meal, or mindlessly consume half of a pizza during a late night study session. But what differentiates erratic eating patterns from an eating disorder? A question I frequently ask my clients as it relates to food and behaviors is “What are your underlying motivations?” Let’s use the “skip the occasional meal” scenario from above. A person with normalized, non-disordered eating patterns might occasionally become so wrapped up in what they are doing that something like missing a meal is an honest oversight. (What? I’ve been gazing at my crush from across the library, er, I mean studying for three hours and missed lunch?) Once this person realizes they skipped a meal and recognizes they are hungry, they often head off to the food court or dining hall to grab something to eat. However, a person with an eating disorder might use studying at the library as an excuse to avoid eating. This can be due to a host of underlying issues, and rarely is it about the food.

Eating disorders are extremely unhealthy and sometimes life-threatening coping skills. Research on the causes of eating disorders is constantly evolving, and we continue to gain more insight as to what the risk factors are which may contribute to the illness. Many of the reasons are multi-faceted, and are the product of biopsychosocial factors that differ from person to person. Several major risk factors for eating disorders include: genetics, temperament, biology, trauma, lack of positive coping skills, sociocultural ideals, and dieting.

Eating disorders can take on many forms, a variety of types exist. With that being said, I will only touch on the three most common disorders, and their characteristics.

There are two common types of Anorexia. They include: Binge/Purge Type and Restrictive. Though two classifications of this eating disorder exist, both types exhibit similar symptoms, such as abnormal eating patterns and an irrational fear of gaining weight. Other common symptoms include:

Bulimia is characterized by bingeing – consuming a large quantity of food in a short period of time – and then purging. During a binge, a person often feels a lack of control over eating during the episode (ie feelings that one cannot stop eating or control how much one eats). This is often followed by engaging in compensatory behaviors in order to prevent weight gain, such as self-induced vomiting, misuse of laxatives, diuretics, fasting, or compulsive exercise. Common warning signs/symptoms include:

Until recently, Binge Eating Disorder (B.E.D.) wasn’t classified as an eating disorder. Those who engaged in bingeing behaviors were thought of as lacking willpower or being lazy. We have come to find that B.E.D. is a real medical condition, and is increasingly more common. B.E.D. is characterized by the repeated inability to control the consumption of large amounts of food at one time, often followed by feelings of guilt, shame, and remorse. Signs and symptoms of B.E.D. include:

Unlike a person with Bulimia, after a binge one doesn’t typically compensate for extra calories eaten. A person may attempt to diet or eat regular meals, but restricting often leads to more binges. Causes of the disorder are unknown, but genetics, biological factors, history of dieting, and psychological issues increase your risk.

College is often a time for experimentation. The temptation to do drugs is strong because college students often find it makes socializing easier or helps them study harder. Of course, not all college students start abusing drugs or binge drinking right from the start, but regular use of these substances can lead many down the road to addiction. And while the type of drug a student may abuse can differ, the most consistent are alcohol, marijuana, hallucinogens, and prescription pills such as Adderall.

College students turn to drugs for a variety of reasons. These can include academic or peer pressure, relieving stress, and as an escape from their problems. Results of a CASA survey on 2,000 students showed the majority of them took drugs and drank alcohol to be “part of the group”. In many cases, people are exposed to illicit substances in college for the first time. Students succumb to the pressure so they aren’t seen as the “odd one out”.

While admitting you are struggling can be difficult, it is important to know you are not alone. Tens of thousands of college students suffer from mental health issues, and the sooner you seek help, the more likely you are to recover successfully. There are a number of accommodations available, and often don’t require you to look much further than your college campus. Many colleges have health and counseling centers with services such as individual and group counseling, medication management, and urgent care.

Groups such as the National Alliance on Mental Illness maintain campus clubs at hundreds of colleges throughout the country and provides an array of services. In addition to offering a space where students with mental health issues can meet, the group also strives to reduce the stigma associated with mental illness. This is done by bringing mental health awareness to campuses and educating faculty, staff and students.

If your college isn’t able to provide resources to students, or you just feel uncomfortable utilizing on-campus support, there are online, phone, and usually local resources available to fit your needs. Your college’s health and counseling center can help you find local resources, as can a simple Google search. With more focus than ever on mental health, help is always available. You just need to be proactive about seeking it.

Mental health challenges can be difficult to tackle, but recognizing you need help is the first step. Shame and guilt may cause you to be apprehensive about beginning your journey toward recovery, for we have spent years believing mental illness is a sign of weakness, and something we should be able to just “get over”. However, in a society where we have so many pressures and demands put on us, particularly during our college years, it is truly a sign of strength to take the time to take care of yourself. Remember, you are worth it. 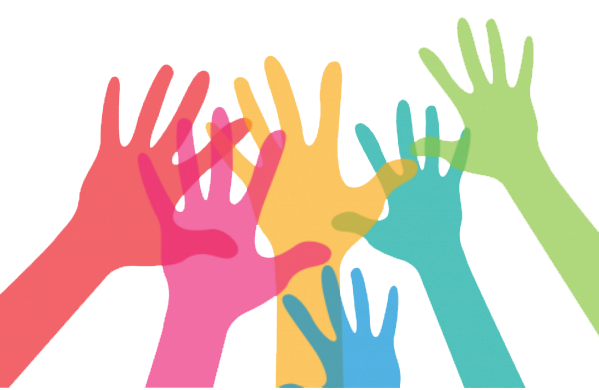