There is no reason to want to have OCD.  It is an overwhelming extra burden to carry in an already difficult world. There is no reason to believe that OCD would be helpful during the COVID-19 pandemic, and OCD makes navigating the choices we are all facing extra difficult.  Rituals rarely follow a logical basis, and it is doubtful that all of that extra fear adds up to significant increased safety.  Even if OCD did sometimes lead to safer behavior, OCD can be devastating enough by itself.  It is insulting to say that “everyone should have a little OCD right now.”

How to keep safe is not the lesson to learn from people with OCD.  But people who have learned to thrive through their OCD have a distinct perspective on how everyone can cope with our current era with problems like the pandemic, racial disparity, civil unrest, and divisive public rhetoric.

People who have learned to overcome OCD have learned a particular set of skills that we all could benefit from mastering.  To recover from OCD you have to learn how to live your life in the face of crippling uncertainty and self-doubt.  You have to develop compassion for yourself and learn to take risks knowing that you could forgive yourself if feared possibilities came to pass.  You have to become incredibly self-aware about the patterns in your mind, and to learn to disengage from worry that serves no purpose.  You have to learn how to guess when there is no right answer and accept that you are doing a reasonable amount of effort.  You have to learn to be satisfied with never knowing exactly where an individual choice falls within the spectrum of good to bad, and you have to avoid the trap of binary thinking about your identity as one of the two extremes of that spectrum.

With these skills, people who have recovered from OCD can teach others how to handle the uncertainty about their itchy throat, their moral quandaries about visiting loved ones, their decisions about their children’s schooling, or dilemmas about voting or protesting.

In a keynote speech at this year’s IOCDF conference, Brandon Marshall, the former NFL wide receiver who has been open about his mental health journey, had a message to people who have benefitted from OCD treatment.  He called for people who have learned to cope with their OCD to communicate about the lessons they have learned in their recovery.  Most people are facing isolation and extreme uncertainty for the first time.  People who have recovered from OCD through therapy have faced these demons before.  If you do not have OCD, you may appreciate the perspective of a therapist or a person who has been through therapy.  If you have been through therapy for OCD, apply your skills.

Brandon Marshall said in the keynote to use whatever platform you have to tell your story and help the world by showing what you have learned and breaking stigmas for the people who follow in your footsteps. OCD is not an asset, but the resilience that people with OCD learn to cultivate is an example to follow. 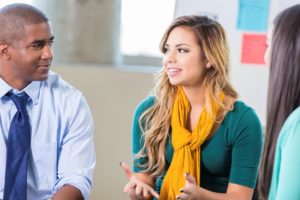